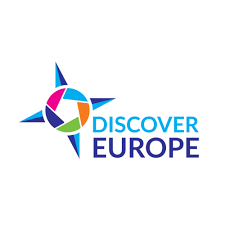 Are you a student? You are not travelling without a camera? If so, you have to share your experiences with us!

Apparently it's an another trivial photography competition, but actually its idea is much more than it seems to be. It's not only about the quality of pictures but mainly about showing how students perceive (through their camera lenses) the cultural differences in Europe, but also its beauty and what is often very surprising or on the other hand just ordinary.

Discover Europe, as the name says, is a pan European competition, what gives an opportunity to open for new places, cultures, habits. Everybody perceives the reality from a different perspective and the main goal of the competition is the best expression of the individual view. It doesn't matter if a participant will show us the charm of his own country or his new experiences that he gained during his trip to Europe. The important thing is to show it in a way that will touch the jury.

In 2013 Discover Europe was awarded the 2nd prize in the European Charlmagne Contest held by the European Parliament for non-profit organisations.

For more information about the contest, visit: